Friday, May 3:  We had no plans of being so ambitious - or in hindsight, overly-ambitious - as we headed out to do a section just south of Highway 12 near the middle of NM.   The day required walking on a dirt road, cross-country navigating through a canyon towards a spring other hikers had told us about, hiking on a roller-coaster trial up to  Wagontongue Mountain and  around John Kerr Peak (with lots of deadfall crossing the trial) and ultimately down to a dirt road intersection where we had previously stashed some water.  When we arrived at the water cache at 7:45 p.m., after 23 miles and 4,645 feet of elevation gain , serious mission creep set in!  We thought -  "we could set up camp here or we could just hike 10 more miles downhill on a smooth dirt road to our truck.  Okay, so we would need to strap on headlamps and wouldn't arrive until near midnight, but what harm could it do?!"   Well, shortly after starting out a spot above Mike's left ankle started hurting and as we approached the truck around 11:30 p.m. he could no longer walk.  At the time Mike thought he might have a stress fracture.  Yikes - that could mean six weeks of recovery!   The next day we drove north to Grants to stay in motel so Mike could ice his leg and reassess the situation.

The good news - after two days of rest we have eased Mike's leg back into hiking by doing some level road walk sections near Grants.  First day we hiked 7, next 16 and yesterday 23 miles.    Today, Mike drove into Albuquerque to pick up a warmer sleeping bag at REI, along with some other supplies,  and replace a ruined tire on the Infiniti.

Weather:   The weather continues to be pleasant for hiking - from the 60's to 70's and dry.   One day we had a few hours of rain, but it was a pleasant change. The desert has a wonderfully fragrant smell after it rains.

Impressions:
*  Although walking on roads to connect trail sections isn't my favorite kind of hiking, much of the paved road walk on Hwy 117 south of Grants was interesting because miles of it hug sandstone rock formations on the east side and a giant lava field, the El Malpais,  (which mean "the badlands") on the
west side.  Local legend has it that there are treasures hidden in El Malpais and a Grants' journalist told us that more than a few people have gone into El Malpais and never returned.   It is easy to get lost because compasses and GPS devices are unreliable in the lava, and rock cairns are hard to distinguish when everything is black rock.
*  Mike's injury afforded us to time to drive out to El Morro National Monument.   It is a large sandstone promontory with a pool of clear water at its base.  The large pinyon pine and Rocky Mountain junipers that surround El Morro make it beautiful desert oasis, but what makes this place truly fascinating is how travelers for centuries have used that large sandstone rock as a register of their travels when they stopped here for a break.  It is a rock of historical graffiti!  There are pictures of bear claws and big-horned sheep dating back thousands of years,  but what I found more interesting were the writings of Spanish explorers, soldiers and priests dating back to the early 1600's.  In the 1800's emigrants to CA used to the rock to tell of there travels, along with Army explorers and railroad-surveying expeditions.  There are a few pictures below, but they do not capture the impressiveness of the amount and clarity of the writings.  Something about inscriptions made in someone's own handwriting help bring the history to life.

Our condition:  Mike's ankle injury seems to be less of a problem and blisters are becoming calluses.  We both feel physically strong.

Coming up:  We will spend the next four or five days picking up the orphaned sections south of Grants we missed when we bailed from the trail because of Mike's ankle injury. 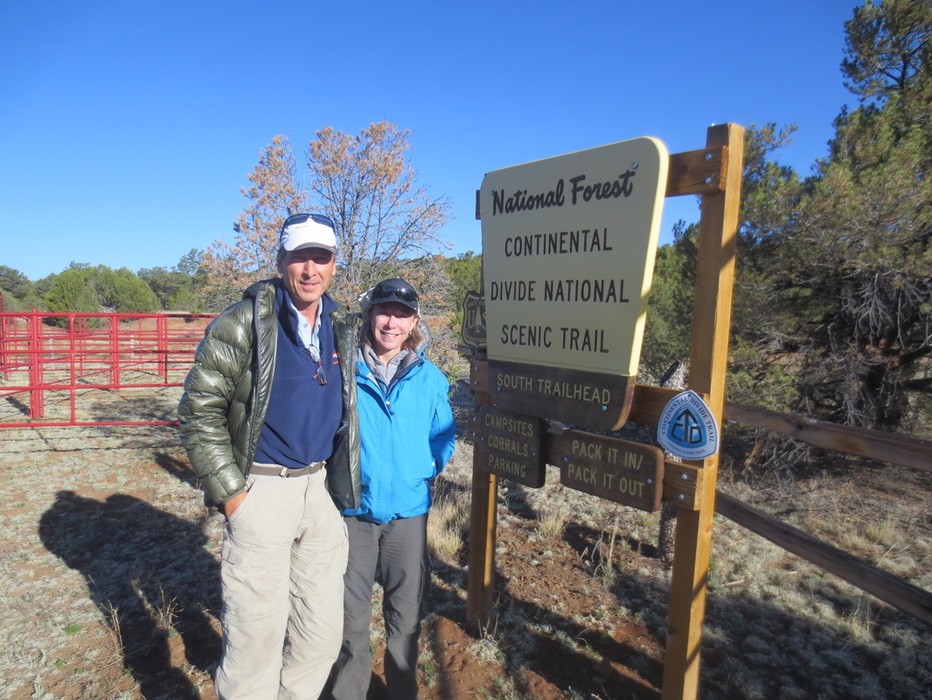 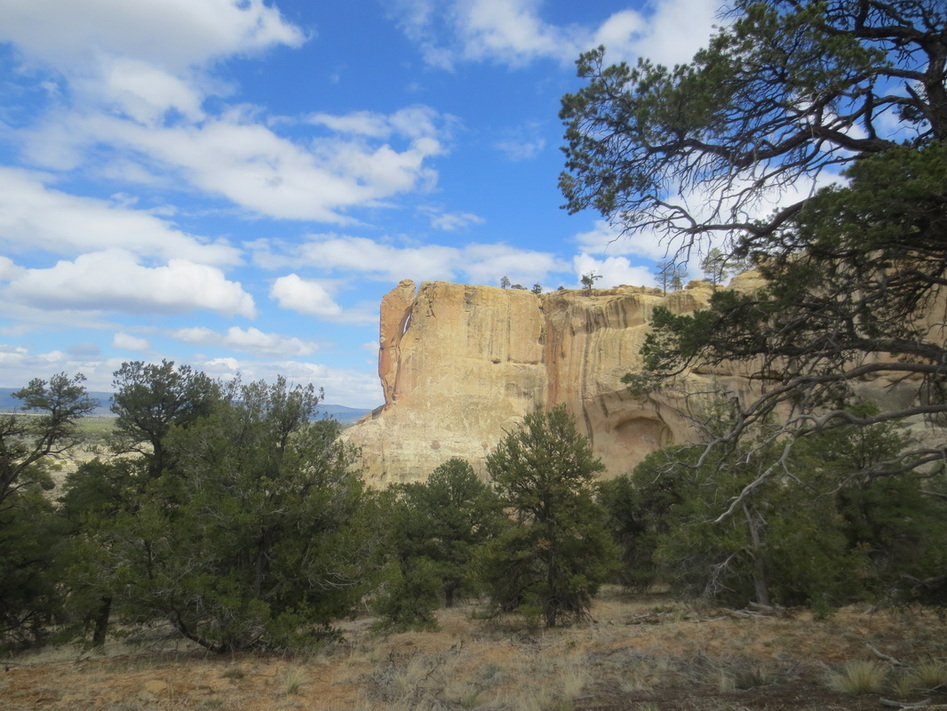 El Morro National Monument where travelers over the centuries inscribed their names and messages on the sandstone. 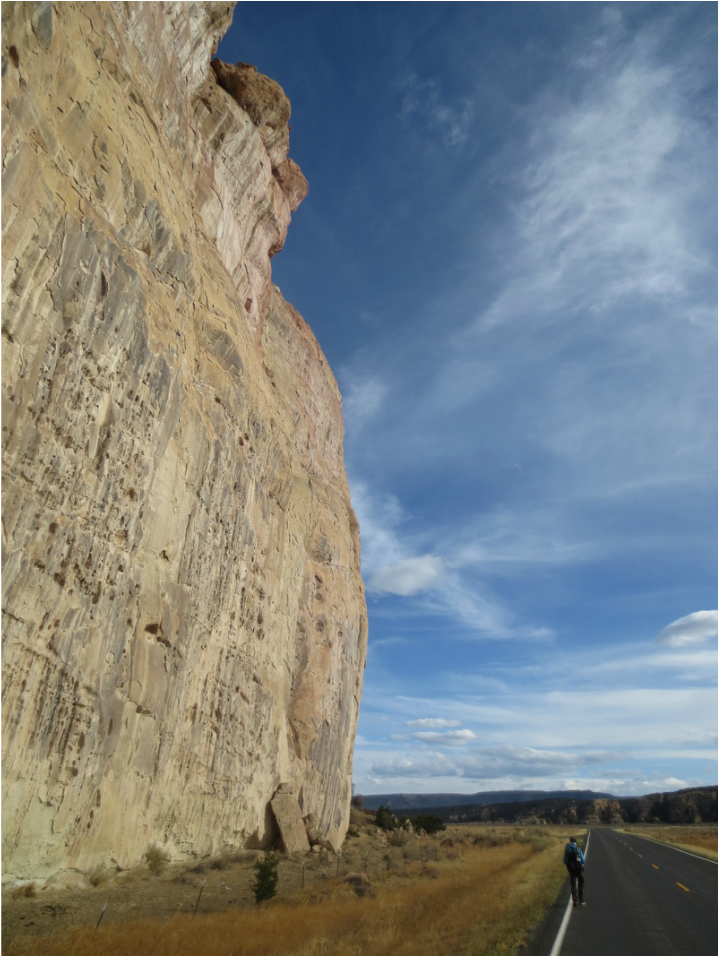 Hiking on Hwy 117. Road walking is the only way to connect some sections of the CDNST. Listening to audio books helps the miles pass quickly!
Powered by